Why buy a Greek property now 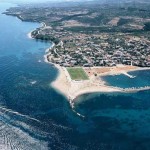 Greece has been in need of structural reform for many years. After joining the euro public spending soared and wages more than doubled. It was living beyond its means.Ā  When the financial downturn hit, the financial markets stopped giving money and the problems exposed.

A corrupt political system with massive tax evasion and a legal system suited to these means stood out. The IMF and EU have finally started to seal the bottomless money eating pit. The minimum wage has been slashed, unemployment is soaring and building construction has ceased as the banks have stopped lending money.

All this may seem horrible and is if you are a native but to an investor this may be a dream time to buy a Greek property at a discounted price.

Construction will not pick up quickly as borrowing money from the banksĀ  is too expensive. Therefore buy now rather than later as you will pick the best now.

You can also buy an old Greek stone house or villa / apartment in need of renovation. Prices of second hand homes have decreased as well and the cost of refurbishing is rock bottom.

If thinking of buying a Greek property this is the best time. The construction sector is the worst hit, unemployment is huge and supplies are cheap and wages cheaper.

See this crisis as an opportunity to buy your house in the sun cheaply. Donā€™t forget thatGreecestill remains one of the most beautiful parts of the world and foreigners will continue to visit us for that.

Tips not to forget when buying