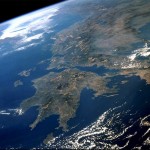 Greece is located near the crossroads of Europe and Asia.Â Greece has theÂ 11th longest coastlineÂ in the world at 13,676Â km (8,498Â mi) in length, featuring a vast number ofÂ islandsÂ (approximately 1,400, of which 227 are inhabited), includingÂ Crete, theÂ Dodecanese, theÂ Cyclades, and theÂ Ionian IslandsÂ among others.

The total area of Greece is 131,957 km2 and consists of three main geographic areas:

Greece is one of the cradles of European civilisation, whose ancient scholars made great advances in philosophy, medicine, mathematics and astronomy. Their city-states were pioneers in developing democratic forms of government. The historical and cultural heritage of Greece continues to resonate throughout the modern world – in literature, art, philosophy and politics. 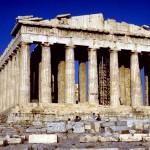 Greece has been a member of what is now the European Union since 1981 and the eurozone since 2001, NATO since 1952, and is a founding member of the United Nations. Greece is a developed country with an advanced, high-income economy and very high standards of living, including the 21st highest quality of life as of 2010.

More than 50% of Greek industry is located in the Greater Athens area, the main economic sectors being agriculture, tourism, construction and shipping.

Greek cuisine is based on goat meat and mutton. Fish dishes are also popular. Olive oil, which is produced in large quantities, adds to the distinctive taste of Greek food.

The climate of Greece is primarily Mediterranean, featuring mild, wet winters and hot, dry summers. This climate occurs at all coastal locations, including Athens, the Cyclades, the Dodecanese, Crete, the Peloponnese and parts of the Sterea Ellada (Central Continental Grece) region.

The Pindus mountain range strongly affects the climate of the country, as areas to the west of the range are considerably wetter on average (due to greater exposure to south-westerly systems bringing in moisture) than the areas lying to the east of the range (due to a rain shadow effect). 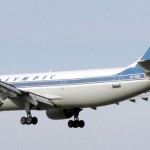 Important projects that are currently underway include, the conversion of the GR-8A, connecting Athens with Patras and further towards Pyrgos in the western Peloponnese, into a modernised motorway throughout its length (scheduled to be completed by 2014); upgrading unfinished sections of motorway on the A1, connecting Athens to Thessaloniki; and the construction of the Thessaloniki Metro.
The Athens Metropolitan Area in particular is served by some of the most modern and efficient transport infrastructure in Europe, such as the Athens International Airport, the privately run Attiki Odos motorway network and the expanded Athens Metro system.
Most of the Greek islands and many main cities of Greece are connected by air mainly from the two major Greek airlines, Olympic Air and Aegean Airlines. Maritime connections have been improved with modern high-speed craft, including hydrofoils and catamarans.

Greece is a Member-State of the European Union and has ratified the Schengen Agreement. Citizens traveling inside the E.U. just need to display their police I.D. Card without the need of a passport. However, a passport is necessary for a number of other transactions, such as currency exchange, purchases, etc.
Visas are not required by citizens of Member-States of the Schengen Agreement. Greece follows the provisions of the Schengen Agreement, which abolished controls on common internal lands, at air and sea borders and allows Member-State citizens to travel around without a visa for a short stay period of up to three (3) months. However, airlines and other carriers require a valid passport and/or police I.D. Card or other form of official identification means.
Citizens of the majority of the countries that are not Member-States of the Schengen Agreement require a visa to enter Greece and the E.U. Visitors from these countries can obtain further information from the Hellenic Embassies or Consulates in their countries, or even from their travel agencies.